The Kantronics KPC-3+ is engineered for dependable and versatile digital communications. This unit reflects many years of Kantronics experience and is built with an eye toward emerging applications. The KPC-3+ can fill a variety of roles. In use around the world, Kantronics Packet Communicators set the standard by which others are measured! 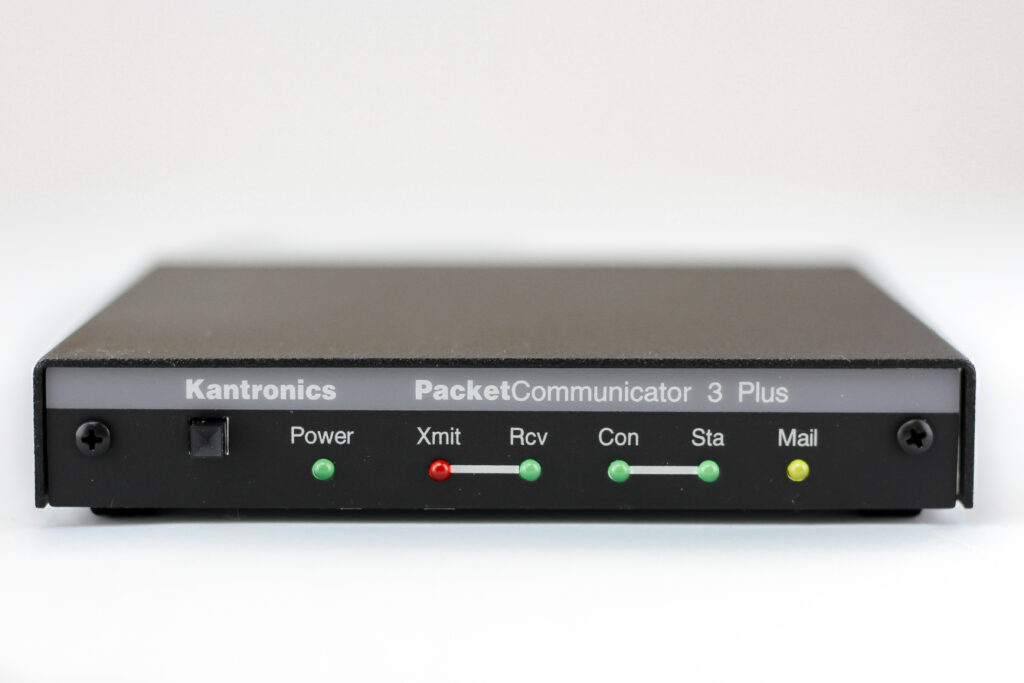 Instead of the DB25 RS232 jack, it now has an up-to-date universal serial jack. You will need a common-type cable, that has a USB type A (computer end) to USB type B (KPC end). Because of this change in the computer interface, there will be a few differences in operations and functions. Some of the options under the INTFACE command, while still available, will be limited or non-functional. The options for GPS, KISS, XKISS, MODEM, and NET may not be useable, or may have limited functionality.

The ability of being able to use KISS mode with the KPC-3+ 512K USB, solely depends on the computer software you use, and ITS ability to communicate through the virtual serial port that your computers operating system configures when it sees the USB connection to the KPC.

SO, if your operating system recognizes the KPC-3+ 512K  USB version, AND assigns a com port number for programs to use to communicate, AND your KISS mode software can communicate through that assigned serial port number, there will be no difference in the KPC operation, from the previous RS232 model.

Interfacing with an external GPS or weather station device through the serial port is no longer available. The only GPS interface is through pin 2 on the radio port, and is enabled with the GPSPORT command.

Interfacing the KPC into a node stack with other TNCs is no longer available. Interfacing to a computer running as a network node should work as long as the computer program used can access the virtual serial port assigned to the KPC by the computers operating system.

Option jumpers. Only J7, J8, and J10 are changed. J8 and J10 connect analog inputs from the DB9 jack through to the processor. Optionally, open those jumpers to disable those inputs. J7 selected those analog inputs either from the DB9 or the DB25 jack. Since there is no longer a DB25, J7 was removed.

Driver- the computer interface chip inside this KPC-3 Plus is made by FTDI.  If your computer operating system does not include a serial port driver for this interface chip, you can get one from the chip makers web site at:

Reversed power protection has been added to the power input circuit. Make sure you either use a current-limited power source, or include a small fuse in the power lead. The KPC typically draws less than 50ma. The power jack polarity is center-positive.

You can carry a KPC-3+ into the field with a radio to form a mobile data terminal, or (with the addition of an external GPS receiver) a GPS mobile "tracker". Its flexible power requirements (6 ~ 25 Vdc) allow for maximum versatility. You can achieve many hours of use by installing a 9 volt battery inside the KPC-3+. Battery life can be extended by disabling the LED displays through a simple keyboard command.